Free Delivery on orders over £75
Shop by Category

As a follow on from our last blog post we thought it would be a nice idea to take a peak back in time, dedicating an inspo week to revisiting interior trends through the decades.  From 30’s Art Decoto 70’s hippie, these trends will make sure to give you an insight into the interior movements that helped shape our homes today.

Living in a society where fashion, interior and architectural trends bounce back in popularity, expect to recognise some of these creeping back into modern day.  For this post we have picked three decades which we feel are each unique and interesting both historically and in terms of the trends that they adopted.

The 30’s was a pivotal decade which saw the devastating effects of the great depression as well as the breakout of World War ll.  However, it wasn’t all doom and gloom, with the uprising of the Art Deco (also called style modern) movement, an era in decorative arts and architecture that originated in the 1920s, developing into a major styleduring the 1930s.

The Art Deco movement was designed to represent modernism turned into fashion with the aim to create sleek and anti-traditional elegance as way to symbolize both wealth and sophistication. 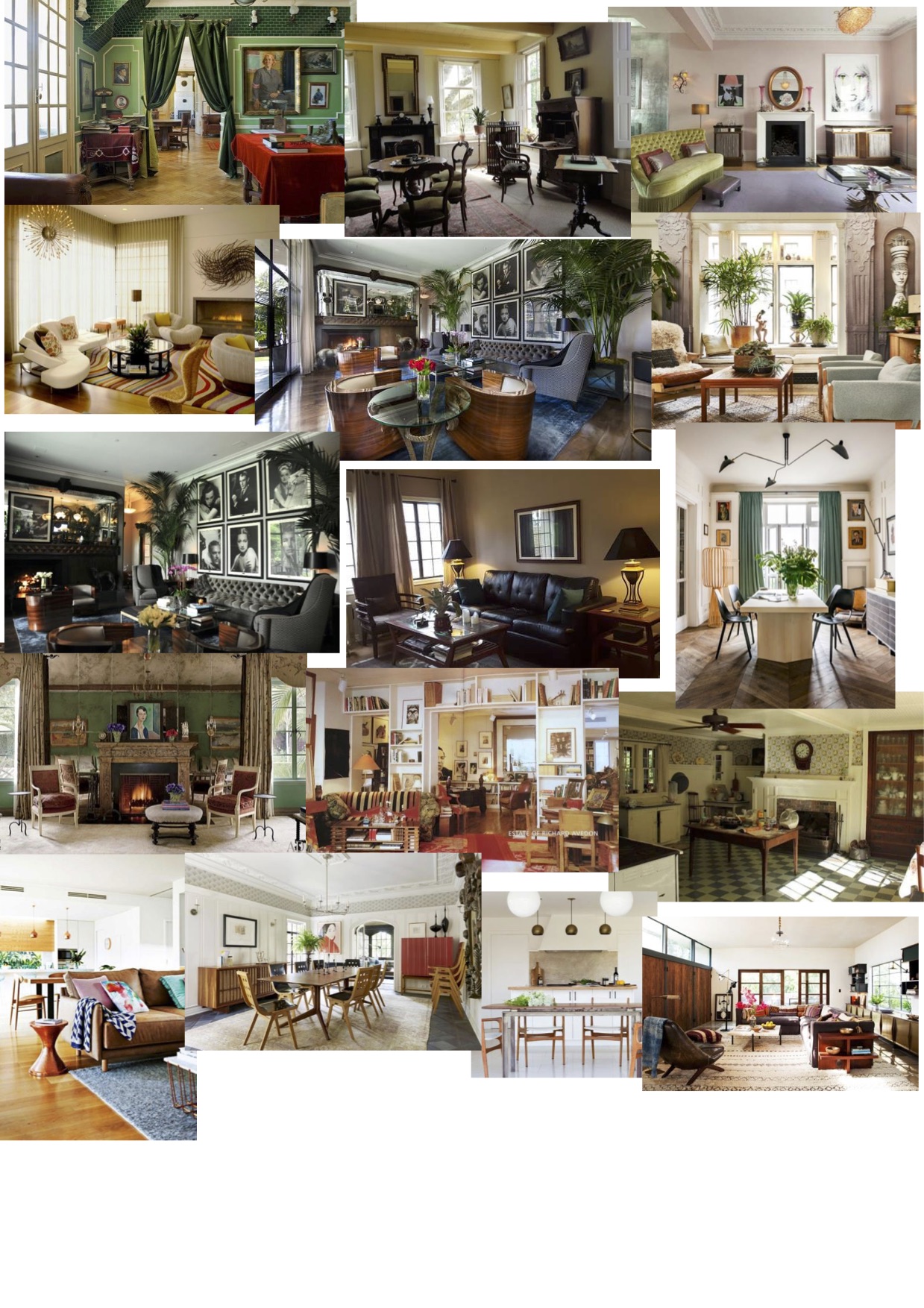 These deep greens and polished wooden floors paint the picture of style adding a dramatic effect to any room.  Often quite simplistic in its design, this era achieves its look through dark brown or black leather sofas and armchairs as well as the dark wood furnishings dotted around the room.

In terms of lighting we feel that dark lightsand black cables will carry this dramatic look effectively.  Simplicity is key for this era, so simple and minimal ceiling pendants will compliment this interior choice also.

The 50’s was home to the Beat generation which was a literary movement, influencing culture and politics in the post war era.  This decade was also the height of the mid-century modern era, an architectural, design and interior movement that was popularized after the WWlI, particularly notable in the 50’s.  Combined, these two movements influenced the nonconforming and modernistictrend which has been popularised by patterned floors and eccentric furnishings. 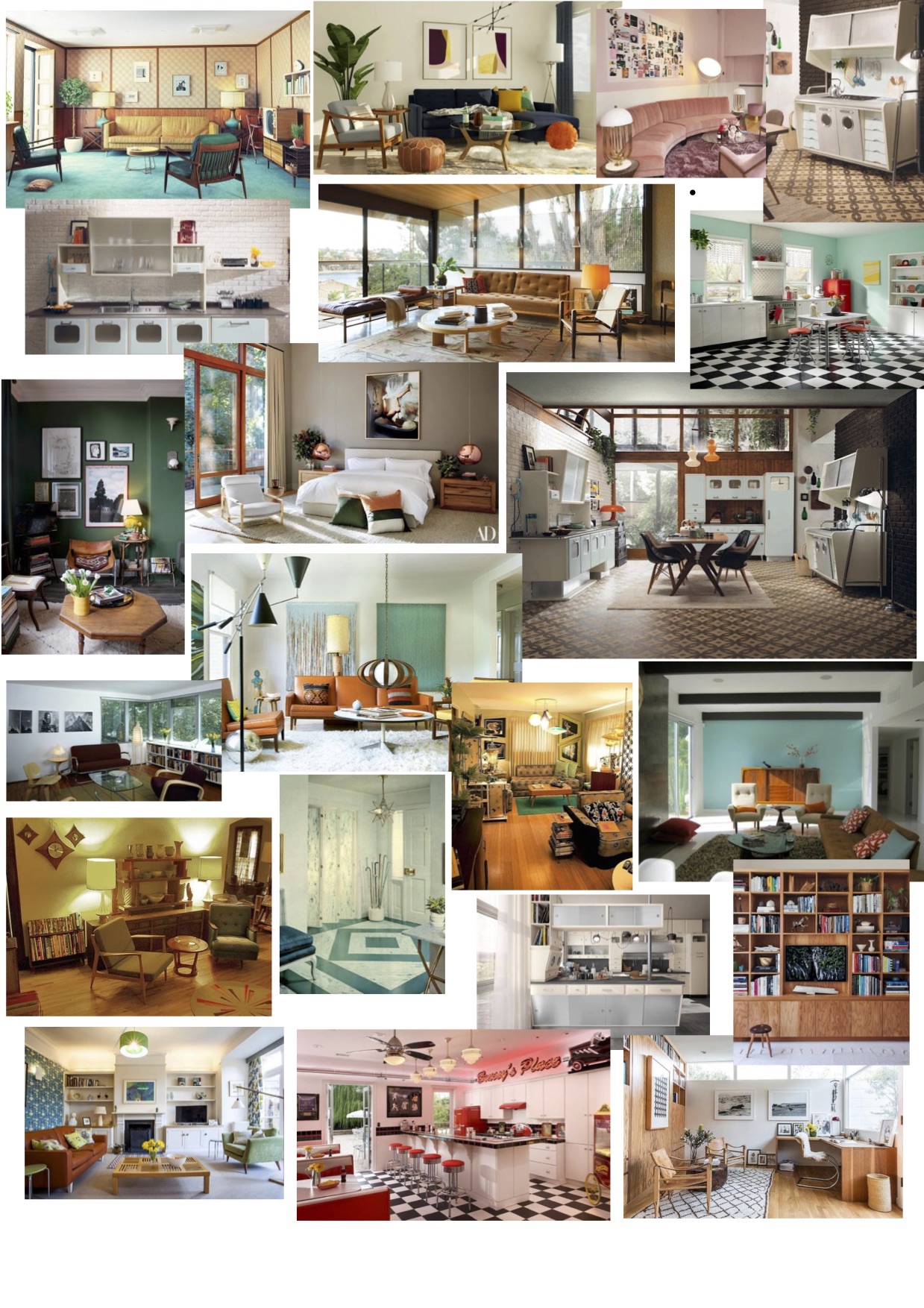 We love this trend and think that it is definitely one that is coming back in full force, with the sophisticated blues and earthy greens, combined with the quirky patterned floors which makes for a vintage tone.

When it comes to lighting we believe that white ceiling lights or industrial rusted wall lights add to this mid-century industrial tone, as well as large floor lamps,often hanging over a brown leather or muted velvet armchair.  Glass lights can be a perfect addition to kitchens or hallways also.  Lastly a long-cabled pendant would fit in wonderfully over a dining or kitchen counter.

The decade of the space hopper, the invention of cassettes and record players and the sale of the first domesticated microwave were just some of the notable events that happened in the 70’s.  However, it also saw major strikes brake out for miners, dustmen and postal workers, eventually ending with the ‘winter of discontent’ in 1979.

Together this developed the 70’s style, homes filled with images on walls, patterns, rugs, lampshades and cushions of which dominated living rooms creating a busy and crowded atmosphere.  This is very different to the minimalism highlighted by the 30’s era. 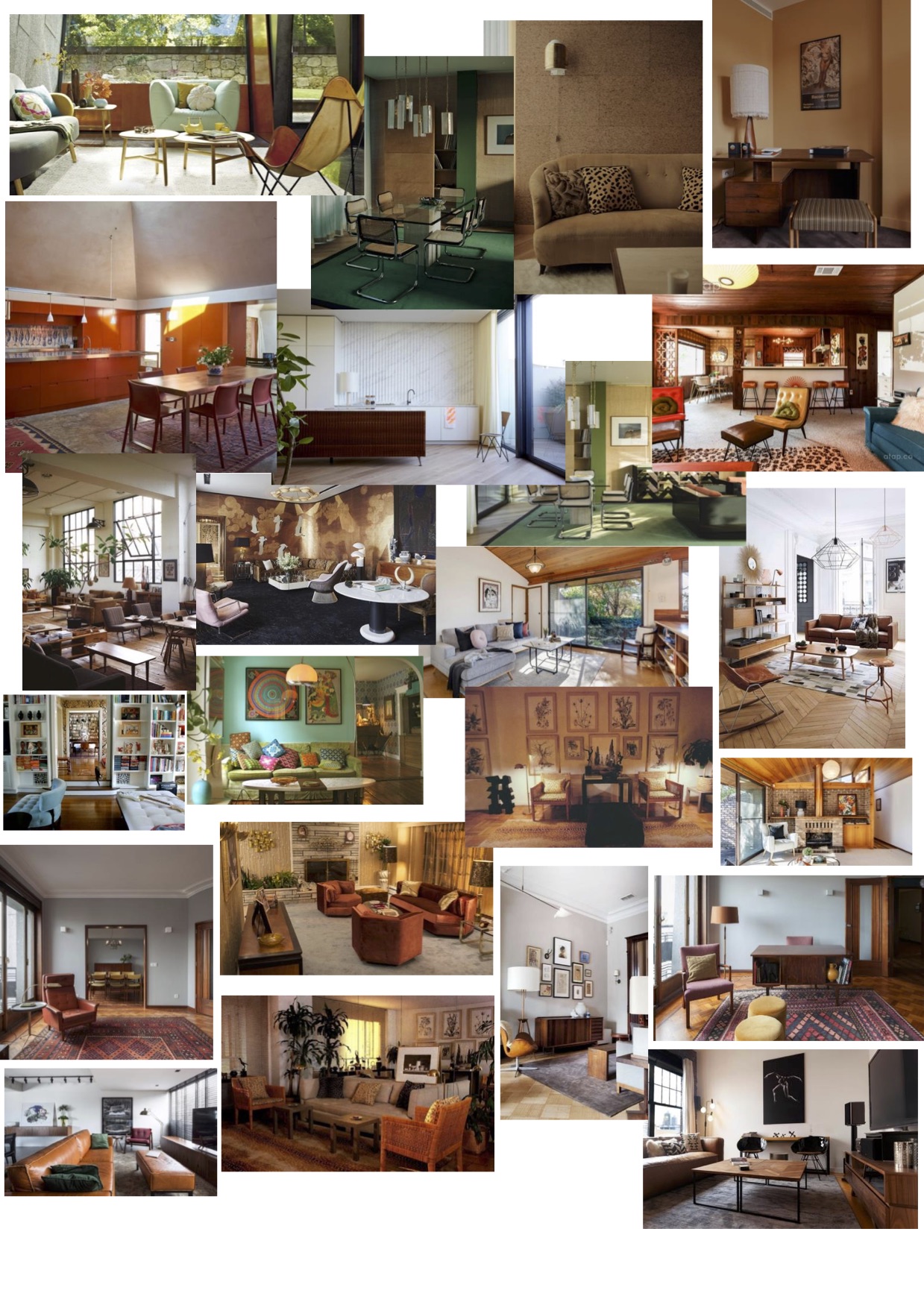 Still running off of the adrenaline of the hippie movement (1960’s) houses were filled with oranges, reds and dark browns, with quirky patterns and playful textures filling living rooms and bedrooms.

We love this busy and crowded style mixed with vibrant colours to create a warm atmosphere and homely feel, this has begun to creep back into shops through colourful velvets and animal prints which we are absolutely loving.

In terms of lighting we believe that the possibilities are endless and the more experimental and extravagant the better, with neutral wall lights and amber glass pendants complementing this interior choice perfectly. Oversized velvet or patterned lampshades, or floor lights would also create the seamless statement piece in a living or bedroom.  Lastly, geometric lights would work perfectly in a kitchen or dining room. Below you can see some links to lights that we believe fit this brief and era well.

Hope you all have an enjoyable week,